From time to time, when there’s a benefit to the horse, the nutrition team at BUCKEYE™ Nutrition looks at formulas to make improvements. Over the last year, we’ve adjusted our formulas to remove Distillers Dried Grains. The result? More Soybean Meal, providing a higher quality of protein that’s also safer.

Distillers Dried Grains, also called DDGs, are what’s left over after ethyl alcohol is removed following yeast fermentation in corn. The leftover grain is then dried, leaving an ingredient commonly used in the feed industry as a protein source called DDGs. This grain by-product typically comes from ethanol manufacturing.

Even though DDGs are commonly used in feed manufacturing, including horse feeds, they can be high in mycotoxins. Because of the way DDGs are manufactured, they concentrate mycotoxins from corn at a rate of 3:1. Mycotoxins are a toxic chemical produced by fungi in certain crops, including corn. Our quality Associates at BUCKEYE Nutrition always test for mycotoxins, probing each load of incoming corn and corn by-products before they are unloaded. Due to that mycotoxin concentration rate, we regularly turn away loads of incoming DDGs that did not meet our mycotoxin safety standards. Adding additional Soybean Meal instead of relying on DDGs means a higher overall quality of protein and essential amino acids for your horse. 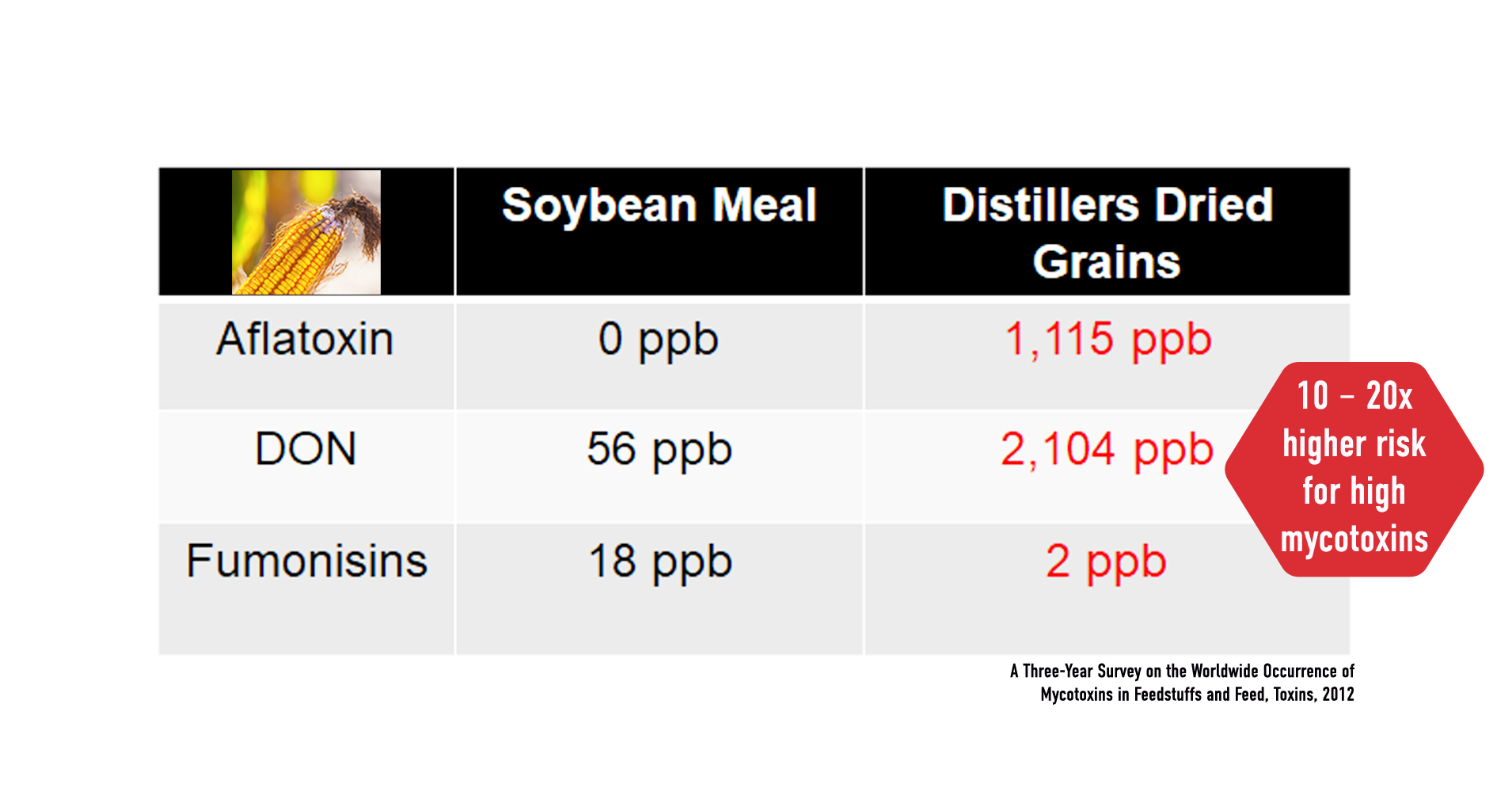 Furthermore, DDGs are typically low in lysine. As one of the first limiting amino acids – a very important part of the horse’s diet – BUCKEYE Nutrition formulators had to supplement lysine into to premixes to meet the required amount when using DDGs. With the removal of DDGs and the increase of Soybean Meal in formulas, we no longer need the extra lysine in the premixes of the feeds, helping to improve both quality and value. The Soybean Meal is a more complete protein source. BUCKEYE Nutrition feed formulators did not have to adjust any of the Guaranteed Analyses on any feeds – they stayed the same thanks to additional Soybean Meal in each formula. 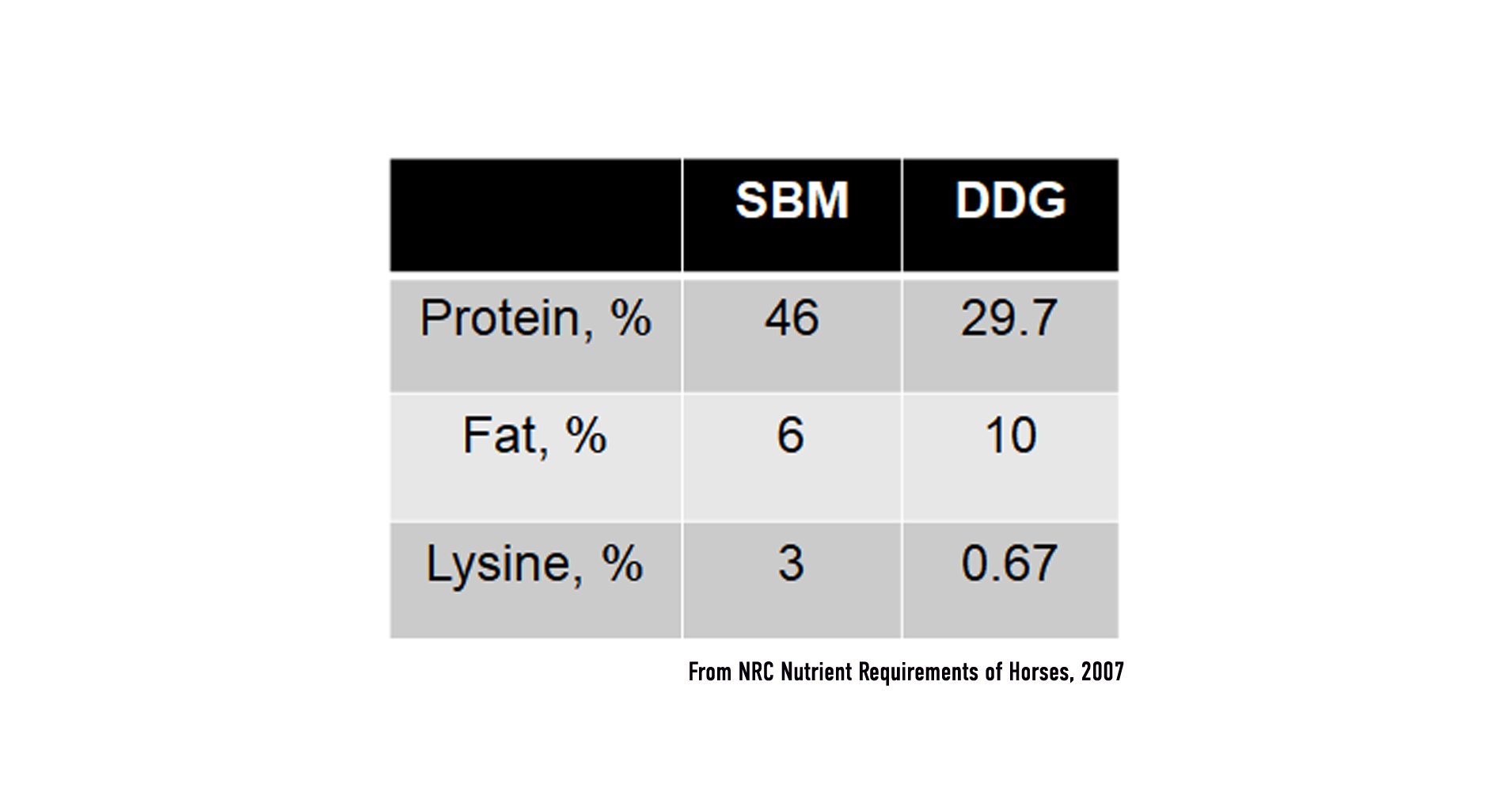 Finally, DDGs were typically a less expensive ingredient when compared to Soybean Meal. However, because of the mycotoxin concentration and need for lysine supplementation with DDGs, we saw the added cost of Soybean Meal as a worthwhile benefit to the horse. Choosing ingredients is oftentimes weighing the pros and cons of each, and with this decision, the replacing DDGs with Soybean Meal was an easy one.

Learn more about our quality assurance.